TAXING GAINS MADE BY NON-UK RESIDENTS ON UK IMMOVABLE PROPERTY 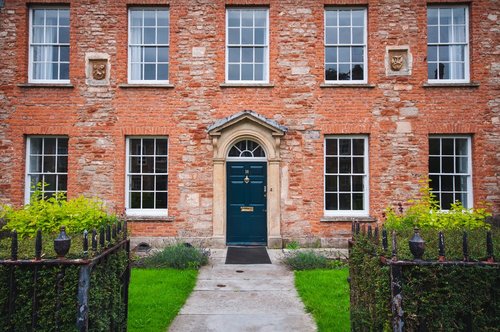 SCOPE OF THE NEW CHARGE

A ‘property rich’ entity is one that derives 75% or more of its gross asset value from UK property.

This recognises that in some circumstances on indirect disposals it will not be practical to obtain a valuation at April 2019. However, to prevent this creating significant losses arising from assets that were not in the UK tax base prior to commencement, where the retrospective basis is used on indirect disposals, it will only be capable of producing a chargeable gain. Any loss would not be an allowable loss.

Given that there are situations where the UK does not have taxing rights over an indirect disposal due to the taxing rights under a particular tax treaty, the Government introduced an anti-forestalling rule to apply to certain arrangements that seek to exploit provisions in certain tax treaties.

The rule applies to arrangements, entered into on or after 22 November 2017, where:

It applies if a person has entered into any arrangements the main purpose, or one of the main purposes, of which is to obtain a tax advantage for the person as a result (wholly or partly) of a provision of these new rules applying or not applying, or double taxation arrangements having effect despite a provision of these new rules in a case where the advantage is contrary to the object and purpose of the double taxation arrangements.

INTERACTION WITH THE ATED RULES

Where the Annual Tax on Enveloped Dwellings (ATED) applies to a property, CGT is payable when the property is sold. ATED-related CGT is payable mainly by companies that own UK residential property valued at more than £500,000.

A significant number of respondents argued that the ATED-related CGT rules were too complex and seemed unnecessary once this new measure comes into force. In particular, the rebasing provisions, and the interaction between ATED-related CGT, Non-Resident CGT, and the new rules, was cited as creating a very difficult system for taxpayers to understand and operate within. The Government therefore intends to abolish the ATED-related CGT provisions.

The Government’s November 2017 consultation prompted detailed input from the majority of respondents on the impact on funds with UK real estate investments, recognising the extreme complexity of this area. The two issues identified as being of most importance were:

The impact on exempt investors in offshore funds, where the rules as proposed could cause them to be taxed at the level of subsidiary holdings, and its potential for economic double taxation, due amongst other things to the indirect disposal rules, when disposals were made at a lower tier of a fund structure and the proceeds passed up to investors.

The Government has said that it intends to build on the detailed consultation responses and is exploring, with relevant stakeholder groups, how best to produce a set of special rules that address the taxation of exempt investors, and multiple taxation within fund structures.