IS MAKING TAX DIGITAL COMING OR WILL IT BE DELAYED? 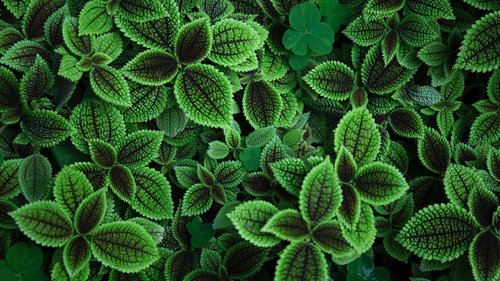 As a significant shift towards a more digitally-friendly, fraud-protective tax system, Making Tax Digital (MTD) has its supporters and opponents. However, ever since the first announcement over MTD, discussions over delays and hold-ups have become commonplace. Unfortunately, it’s hard to get a clear handle on the current state of play, but with an April 2019 rollout for all VAT registered businesses with a turnover above £85,000, many questions are being asked.

To help you better understand where we might stand with Making Tax Digital in the short-term future, we’ve taken a look at what the present state of play is.

One of the most important voices in the debate over the new taxation system has been the House of Lords. The House of Lords Economic Committee, recently released what can only be deemed a damning report into the government readiness for a 2019 rollout. Indeed, the new report suggested that a delay of one year, at least, was placed on any business taking part with a taxable turnover above £85,000.

Even more importantly, they suggested that there was a delay until 2022 at least for businesses in other tax bands. Speaking about this was Lord Forsyth of Drumlean, the Chairman of the House of Lords Economic Affairs Committee, who said: “HMRC has neglected its responsibility to support small businesses with Making Tax Digital for VAT.

“HMRC are not listening to small businesses, while offering a six-month deferral to many in the public sector. Small businesses will not be ready for this significant change to their practices if it is introduced on 1 April, particularly with Brexit taking place three days earlier. The Government must delay its introduction.”

From a political point of view, that’s quite a damning statement on where MTD is as a system. Constant talk of further delays, and an apparent will from those in political office, could see the opportunity for change. With government upheaval on all manner of soon-to-arrive systems, not least the chaos over the exit from the European Union, a delay feels like a possible option in a sticky political climate.

IS THE AVERAGE BUSINESS READY FOR AN APRIL 2019 ROLLOUT?

The report itself made some very important findings, but one of its most important findings was that HMRC is the only entity who believes the one million expected businesses who need to be ready for an April 2019 rollout will be suitably prepared.

As we move toward the end of 2018 and into the last four months of preparation for those in the threshold above, that’s a worrying finding. Damningly, the report found that while many businesses were given a six-month deferral plan, many smaller businesses who would need more time to be able to get ready for implementation were not receiving the help they need.

At present, support for a delay has been very much growing in recent times. As there appears to be a complete lack of preparation for the rollout, the House of Lords new report shines a strong light on the damage an early rollout could cause.

MAKING TAX DIGITAL: THE CAUSE FOR A DELAY

The cause for a delay is clear from the sheer lack of readiness. At present, no single free software packages are available within the industry which are MTD compliant. Without a free software option which is MTD-compliant, many small businesses might struggle to find an affordable option in time for April 2019. Also, the opaqueness of any milestones and long-term developmental ideas for Making Tax Digital means confusion and a lack of clarity rank highly among the common complaints around how this sound could, and should, operate.

Indeed, the recent report struck an important note in that nobody appears to be taking the potential ramifications early rollout of MTD could cause seriously enough. The opportunity to severely hamper and limit as many as one million businesses ability to manage their accounts is a worrying issue.

Sadly, there appears to be little appetite within the real decision makers to block early rollout. As has been the case with many new schemes in recent years, from Universal Credit to the ‘Brexit’ deal, rushed decisions and aggressively forced through policy changes which are transformative in their impact are now commonplace.

Unfortunately, the likelihood is that those who are supposed to benefit from the rollout will be most negatively impacted. As ever, you should look to reach out for support and advice about where your business stands with Making Tax Digital heading into 2019. While much debate still exists around its rollout, it’s important to understand the present condition of MTD and crucially, where your business stands at present.